This happened in July 2013. Im transferring it into WordPress and hopefully using this from now on.

Packing done and the bike loaded and ready to go at 10am, but I set off on Friday a little later than planned as we had Ellie’s Teacher of the Deaf around (and for some reason that title always makes me think of Thirteenth Warrior) so I didn’t get out of the door ‘til 11. Target and first stop was Culmstock, one of the many mildly humourous place names I encountered this weekend (Crapstone was the best). The route taken was very well known to me apart from the last mile as its the usual one I take when cycling to Exeter, only diverging at Nicholashayne, and is relatively flat, relatively quiet, and really easy to follow.

Stop 1. The Strand Stores, Culmstock. 1 hot chocolate and 1 piece of carrot cake, and because they only take cards for amounts over £10, 1 bag of filter coffee. 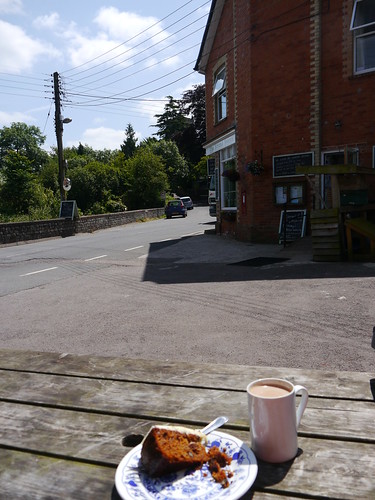 Anyway, cake was moist and had raisins in it, always a benefit if you ask me in carrot cake, and the hot chocolate was fantastic. The stores themselves were a weird cross between village shop and small cafe. The lady serving couldn’t have been more helpful and the food was good. Definitely worth a stop if you are in the area. 8/10

Next stop Exeter. A slightly different route than usual as I had detoured into Culmstock, I ended up heading across country and cutting out both Willand and Cullumpton – not a great loss if you ask me. I still ended up cycling the crappy surfaced road into Broadclyst then on through Pinhoe and into the centre. Exeter centre is lovely and looked even better in the sun. With the new developments there is very much pick a trendy eatery but I have a soft spot for Carluccio’s so I headed straight there.

Stop 2. Carluccio’s, Exeter. Bruschetta, pasta, coke and a coffee. Great service and not to many sniggers about the silly cycling shorts. The outside seats were great in the sun and I got to rest and people watch for an hour or so. Pasta was a bit watery (not properly drained…) but still tasted nice. 7/10 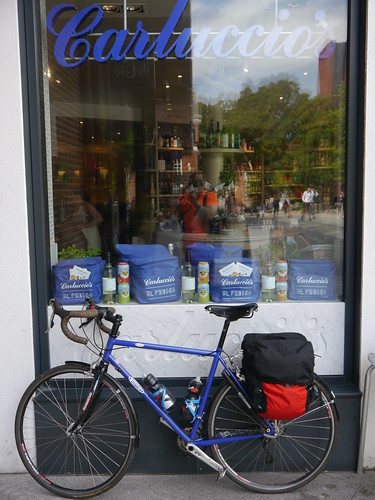 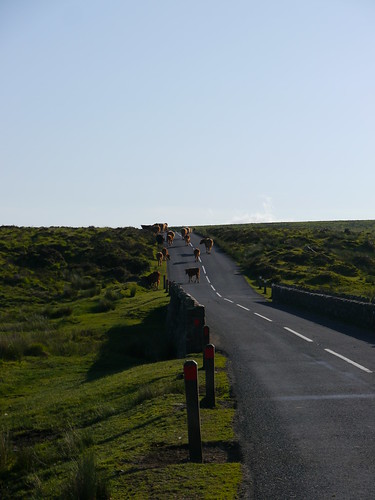 It was a lot of climbing. I ended up walking up the last hill for a bit as it was an absolute killer. I didn’t stop then until my destination, Dartmoor YHA in Postbridge. 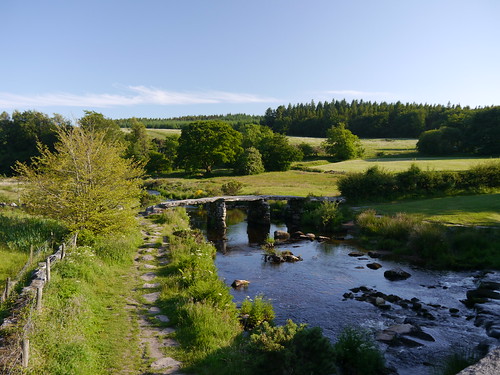