Final day of my ride. I was originally planning on carrying up from Taunton to Bristol then catching the train back down, but it was getting unworkable with the requirement to pick my daughter up from nursery within a reasonable time. So I just spent day 5 resting and playing Playstation…

Anyway, day 4 started of with a massive climb. from Bratton Fleming its uphill (pretty much) up on to the top of Exmoor. Here’s the view from my bike back down the hill I’d just rode up. 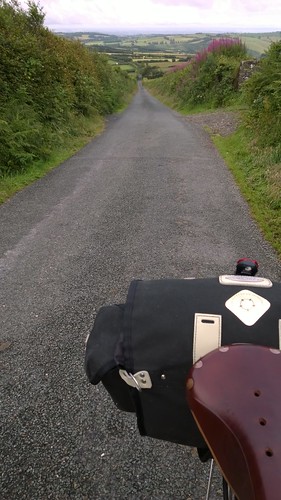 I was thankful the rain from the day before had stopped as the lane along the top of Exmoor is very exposed. As it was the weather was perfect, bit of a breeze behind me and a long shallow downhill across the top of Exmoor made the next 20 miles ridiculously easy to ride, with some breathtaking views to the left and right of the road.

The road eventually drops down into Dulverton and heads out to Bampton along some twisty and convoluted back lane route. There is a direct road there but I did something in-between, not the main road but not the Sustrans route either.  I was initially planning on stopping in either Bampton or Dulverton for cake but I had had a call the day before and I needed to pop into work to sort out a report, so cake and fancy coffee was skipped over for Dairy Milk and flash coffee on the side of a lane. The sun came out whilst I was munching away, sitting on a field gate and it was actually really lovely. A good reminder than a good stop doesn’t have to cost lots!

From Bampton it was back onto roads I cycle regularly as I discarded the Sustrans route completely and followed the B3227 all the way into Taunton. The Sustrans route is nice but goes over the top of the hills up some really steep sections and its not really needed. The B3227 is an old trunk road, is really wide, and not heavily used and is definitely my recommended route here.

After all that I was back home at about 2:30pm. all in all a good ride, even with changeable weather. I think that maybe the fact that it was a few degrees colder than my ride last year actually helped me cope with the ride better. Either way I thoroughly enjoyed it. The Sustrans routes do not go the most direct way, and in some cases make some frankly bizarre routing decisions, but with a little bit of common sense and not following the route to accurately they make a fantastic way of seeing the South West.

One thing I forgot to mention is that I took all the photos on my phone (Nokia Lumia) for this tour. I usually take a CSC and 1 or 2 lenses, but the weather was meant to be wet and I didn’t want to trust the waterproofing on my barbag. They seemed to turn out ok in the end, but the lack of zoom was a little annoying. 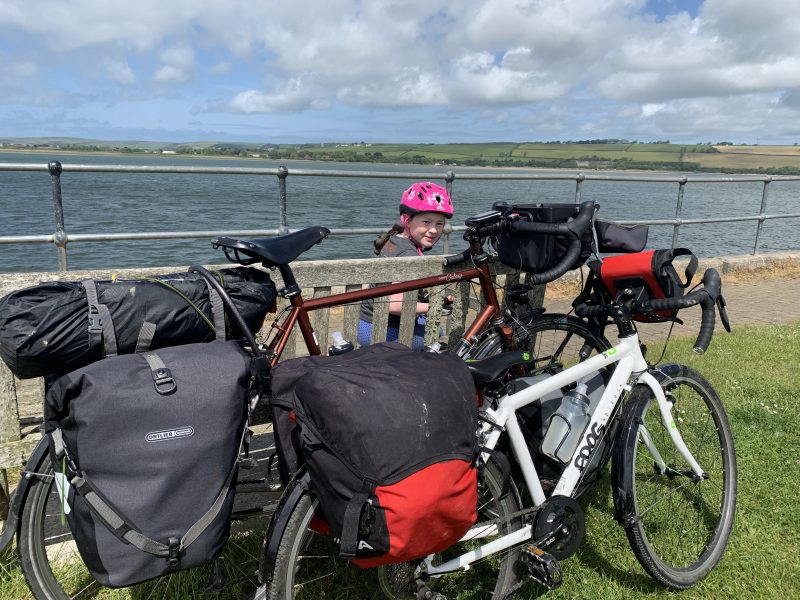