Day 5’s ride started with a short climb out of Abergavenny, then a downhill ride all the way to Usk. The weather was warm, and the sun peaked through now and again, and the Usk valley was serene. Another good day for riding then. 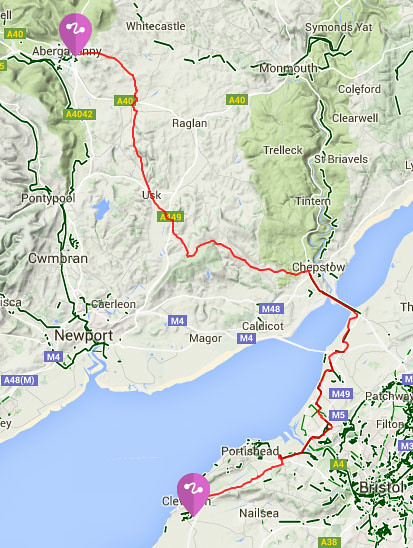 Usk was quite small, but had the now ubiquitous Co-op, so stopped for cakes, orange juice, and sandwiches (my by now regular morning shopping list). These, with the flask of coffee I made up in the B&B every morning, saw me through the day without having to pay out for cake or expensive coffee in cafes. I think I saved quite a bit , and you can buy more cakes this way. Usefully, there was also a toilet block just behind the Co-op as well.

From Usk, you follow the river valley until you cross the A449 then its the last of the big climbs. This I had not expected to be hard as it’s half the size of the climbs from the last 3 days, but it gets surprisingly steep at the top. You’re going through some nice forest though, so a little bit of walking was ok.

Once on top of the Wentwood it’s just a case of heading down a long downhill all the way to Chepstow. In my mind I really had this day marked down as a bit of a transition day with the highlights being the Severn and Avonmouth bridges, so was really pleasantly surprised by the journey to Chepstow. It really ends the route well in a way that Anglesey does not do for starting it. 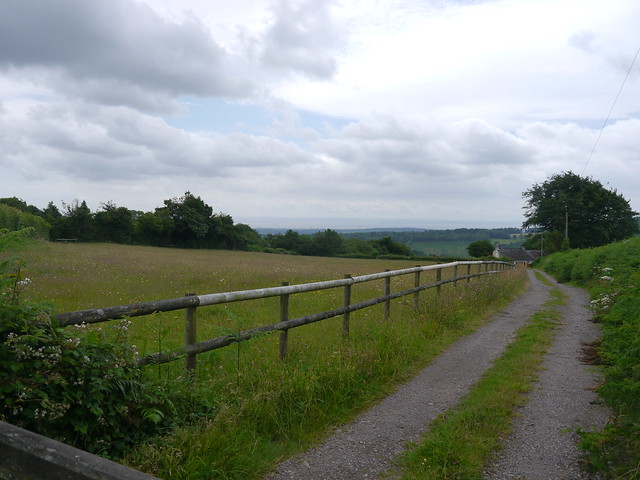 I was heading to a friends in Clevedon for the night, so for my the ride continued even though the Lon Las Cymru ended and off I went over the Severn bridge. I enjoyed this, though I can see with even the slightest bit more wind it could have been rather off putting! Unfortunately after the Severn bridge you get thrown out into a section of farmland completely surrounded by motorways, then I had a fantastic tour of recycling plants, waste plants, a power station, a less than salubrious bit of Bristol, and loads of new cars parked, all with the wind directly in my face and rather strong the whole way. If I could have just cut out that bit and start again from Portbury I would have been much happier. 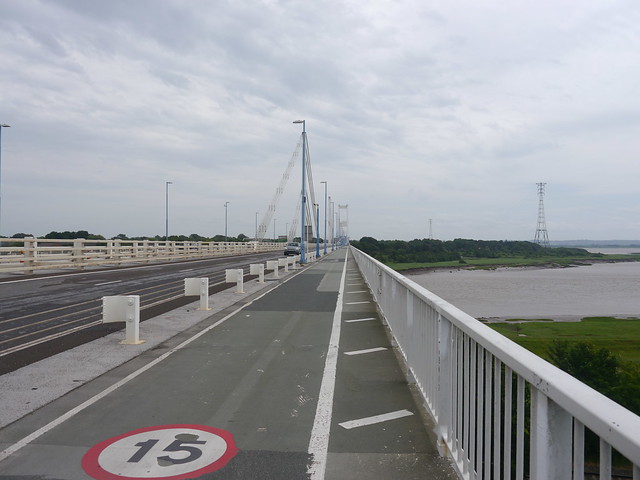 Portbury to Clevedon is nice enough, country lanes and no traffic really, but nothing to speak of when compared to what I had just done. In the end I got to my friends house with time to spare so ended up going to Clevedon seafront for ice cream. Bonus.

And that was that. There was meant to be a day 6, but the wind was in the upper teens blowing directly into my face and I really didn’t fancy that across the levels on routes I’d already ridden, so cycled to Yatton train station, got home early and spend the day on the sofa eating lots of chocolate and watching Mission Impossible: Rogue Nation.

So My thoughts on the Lon Las Cymru: