Hardest day of cycling ever. Furthest and  most elevation gained.

Started well. Good breakfast at the Sun Inn. Not raining as well which was also a benefit! Having to put on slightly damp clothes was a bit of a downer but there wasn’t really much choice. So off I went cycling up Dentdale following the route that winds up through the woods and farms, going upwards towards the clouds. Then it turns into a vertical face. The first of 3 huge and really steep climbs of the day and the highest. Steep isn’t really the word. I had to get of and push for most of the top third of the climb. It was so steep I think I would have problems on an unloaded bike, fully loaded up I was having problems just pushing it.

Coming down the slope was a guy on a lightweight road bike with minimal Alpkit bags on it. He took one look at my set up, said “Stupid, just stupid” about camping. Kept my mouth shut about his choice in gearing though. I felt the superior person. 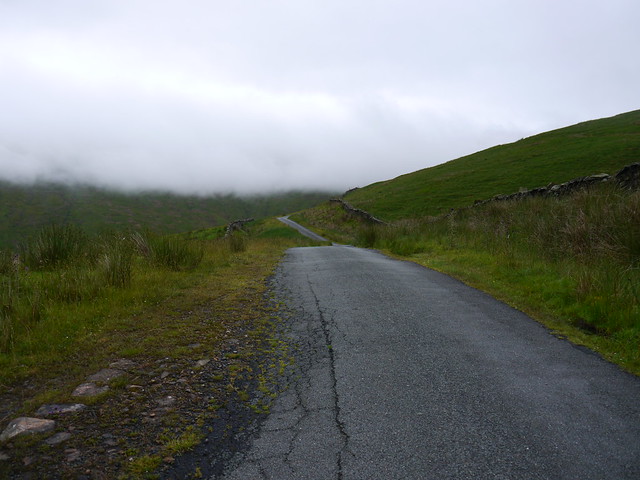 The other side of the mountain was less steep and apart from one or two hairy moments (trying to brake a fully loaded touring bike with damp cantilevers is fun!). Quick stop in Ingleton to pick a few sandwiches and cakes and onward to Settle. I was meant to follow a small lane from  Clapham around the back on one of the many hills there, but really didn’t feel up for another climb so soon, so just  followed the A road to Settle.  It was busy but flat (ish) so ok.

Settle is a really pretty town, but was heaving with hikers when I went through.  Coming out the other side though I realise that whoever created this Sustrans route is a sadist. Very pretty lane, very beautiful mountains. 20% sodding climb. Another long and hard walk for me  to the top of  that lane. 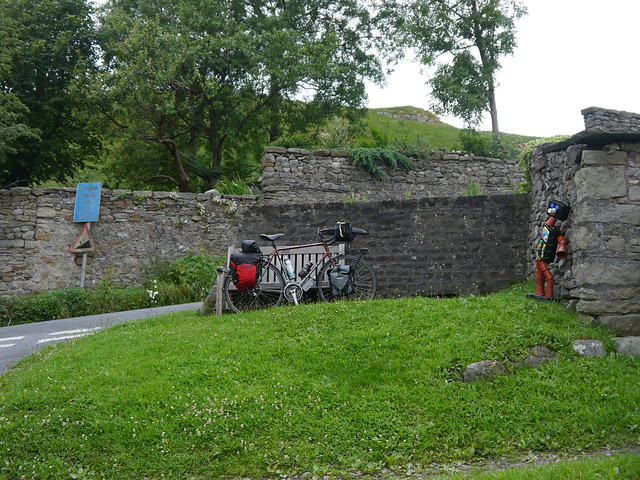 Dropping down from the top to Gargrave, my legs are dead, my left knee is giving me gyp and I’m feeling knackered. Looking forward to the flat(ish) next 15 miles. Fuelled up on a Boost and some Dr. Peppers from the local shop (not healthy, just full of sugar). then on to the Leeds Liverpool canal. Flat boring bliss. Stop at the cafe at the end for coffee and a relax. Would have been even better if I’d not almost fallen into the canal trying to unclip though.

From there it was just a short trip through Colne then up the 3rd and finally massive bloody hill. Again so steep I had to push. Blood hot as well, the sun had come out some point in the last hour and I was sweating my arse off pushing a heavy bike up a very steep hill.  It levels out for a bit and you think you’re done, but  just as you think you’ve crested the top, the road drops down a small valley then goes up again. More pushing. Finally though I crested and dropped into Calderdale past the Widdop reservoir. I wish I had the time to stop and go climbing, there we some fun looking boulders. 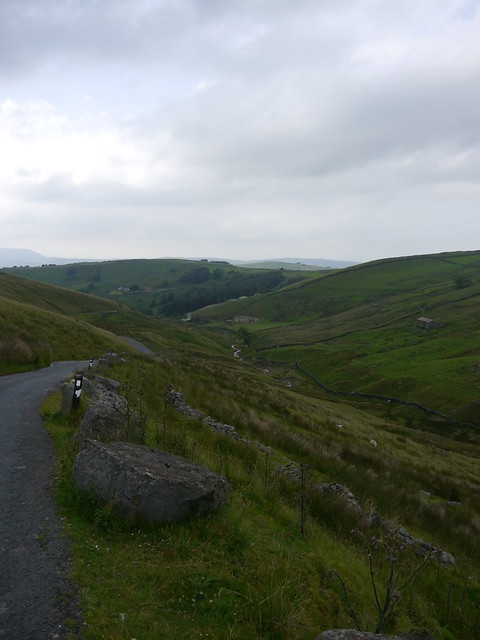 Anyway,  from there it was just a case of hanging on til I got to my campsite at the New Delight Inn in Hebden Bridge. As I hadn’t passed a suitable shop I had dinner at the pub. Very nice as well. Recommended.

Getting quite adept at putting the new tent up.  I was lucky as well, the place wasn’t busy so I was able to actually find a piece of flat ground to pitch it on as well. Nice.