As I needed to get to Burton Upon Trent by 3:30 for the train I was up and out of the campsite by 8am. The lane out of the back of Combs joins up with route 68 at the top of the ridge, so up I went. Final bit of bike pushing I hoped, but unfortunately not the case. I had heard the top of the old road that the route uses is not the greatest. This was not a lie. The first section is basically just piles of house bricks. This only went on for 100ft though and wasn’t so bad. Then its just an unused and old road. There’s patches of tarmac and it’s easily rideable. I thought that was it.  All good. Unfortunately after going over the summit there was a bigger patch of house bricks, some sand, and because it looked like someone had scraped off the bottom of their car, patches  of oil. Luckily it only went on a bit, then turned back into a proper lane, which led to a main road, which lead directly into Buxton all downhill. 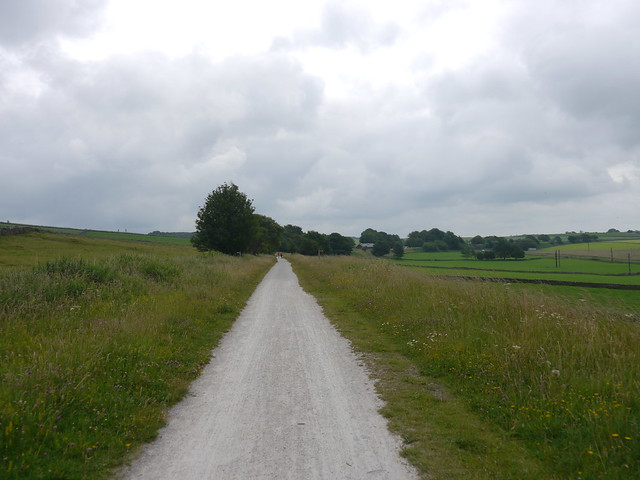 Small steep climb out of Buxton, then another small steep climb to the start of the Tissington Trail. Seems I was doing this trail the right way, north to south it was downhill the whole way. Not sure I really even pedaled until I hit Ashbourne.  Ashbourne has a Birds. King of bakeries. I grew up on their caramel doughnuts, sneaking out of school and spending my dinner money on them whenever possible. I also know they sell out. Birds operate on limited stock to keep wastage right down. Still I knew that getting there before lunchtime I had a decent chance of the still having 3 or 4 all for me.

There were none left. That’s it. Trip ruined. I’m going home.

Ok. I did pick up some sandwiches, a chocolate eclair and a jam doughnut, then cycled off  through the lovely Derbyshire country lanes. It’s odd how a single change can make such a difference but all the way down the buildings have been made out of stone. Now though everything was made with brick, just like where I grew up in Leicestershire. Everything looked right again 😉 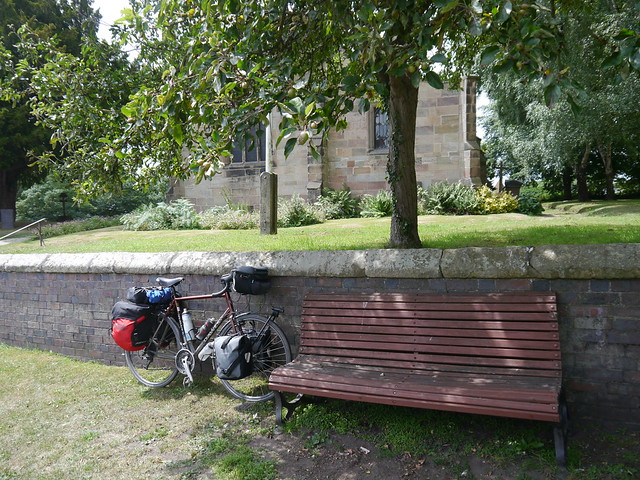 Then that was it. Route 68, the Pennine Cycleway ended. Etwall was in front of me and I needed to follow route 54 to the train station in Burton. As it turns out I had loads of time, so holed up on a bench  in Etwall to eat my lunch and read my book for an hour. Rather there than Burton train station. Burton is as, err,  “industrial” as I remember growing up . Cycling it was fun.  Got the train at the right time, and that was that. All over.

1lb of weight lost! That’s a surprise I usually put weight on when cycle touring. 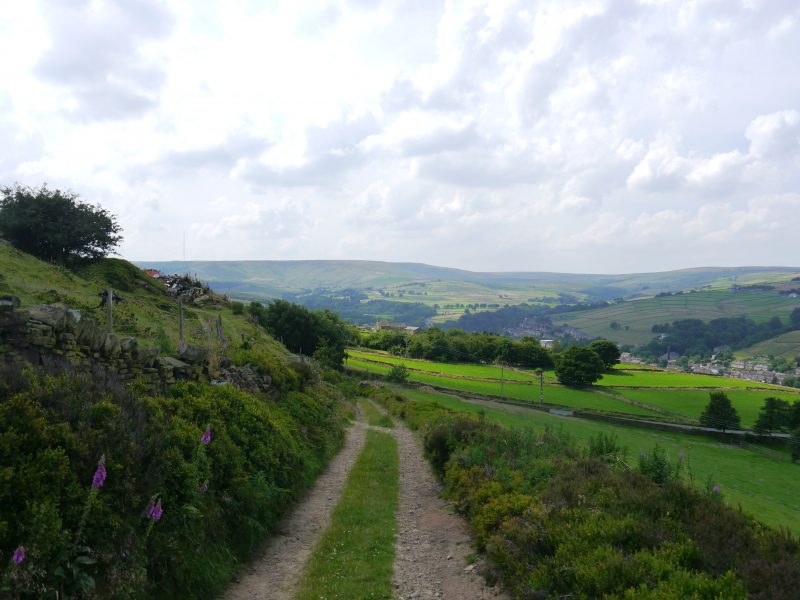