Day 2 started well. The cooked breakfast at my B&B was one of the nicest I’ve had, and the breakfast company was amusing (slightly prickly middle class Cornish lady who ran the place and middle aged blunt talking Yorkshire man) though they obviously knew each other quite well so nothing taken too seriously I think!

Anyway, on the bike at around 9:30 and leaving Columb St. Major the route follows the road out of town down a great big hill then up the other side. The sun was out and it wasn’t too warm yet so really rather lovely if a little cold flying down the hill to start off with. An hour ish later I rolled into Padstow. I’ve been to Padstow in the past and always like the place. Usually its rammed full with tourists but I must have been early enough to miss most of them. There was a very large group of German tourists being given a guided tour by the time I left though. One of the reasons I chose the route I did was so that I could stop at Rick Stein’s patisserie for my morning coffee and pastry. It did not disappoint, and was actually not to bad price wise either. Lack of seating meant I wheeled my bike round to the front and sat on a bench eating and people watching. All in all rather relaxing! 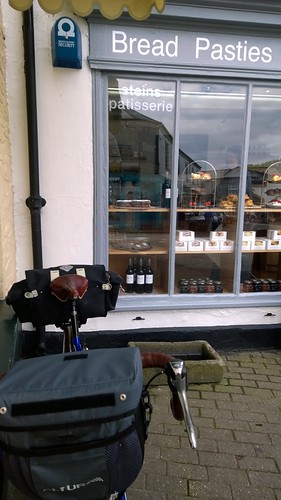 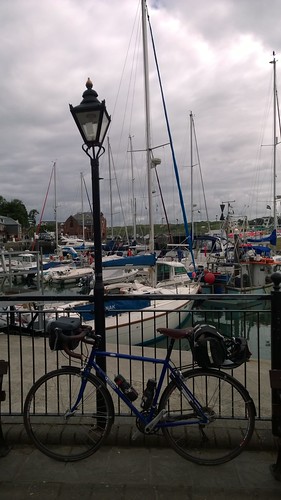 From Padstow I had decided to follow the Camel Trail all the way from start to finish, again another reason I had chosen the route I had. I enjoy off road cycle paths even if they are not the most direct as you get completely away from the noise of roads and cars. It just feels more isolated and away from it.

The Camel Trail is another one of these Sustrans cycle routes on an old railway jobby, so there was never a hard gradient on it, and to start off with was actually reasonably well maintained. This is one of the many old railway bridges the trail still goes over. I can only think the weight limit is new as trains are definitely not that light! 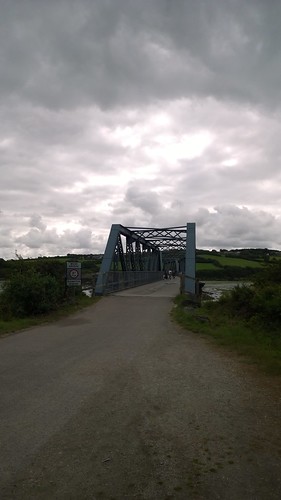 The section from Padstow to Wadebridge is tarmaced and gives amazing views of the estuary. 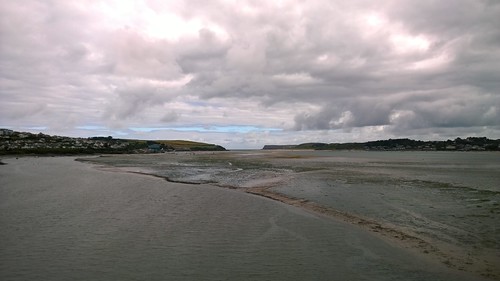 After a short section through the centre of Wadebridge you go back onto the trail, this time on gravel. It’s not in as good a nick as the first part but I still managed to keep up a decent speed. The surrounding change as well as you strike out from the coast and follow the river Camel inland through wooded sections. At Boscarne I pulled over and stopped at a little cafe being ran in the garden of the house next to the line. This wasn’t marked on Google maps and didn’t show on any searches before hand so was both unexpected and welcome, especially the toilets!

Just before Bodmin the trail turns north, following the river and train line. Its obvious at this point that the northern section of the trail is less well used. It was pretty overgrown and quiet. The undergrowth did narrow the track down which meant passing people coming the other way more of a problem, but actually I think this was my favourite section. This could be because during this period the sun decided to poke out and the woodland I was cycling through was just fantastic. The only down side was it was a very slight uphill grade the whole way so couldn’t freewheel and look around.

I’d been planning on picking up lunch in St. Breward at the top of a pretty nasty climb, so was very please to find another cafe that was hiding on the internet at the end of the trail. 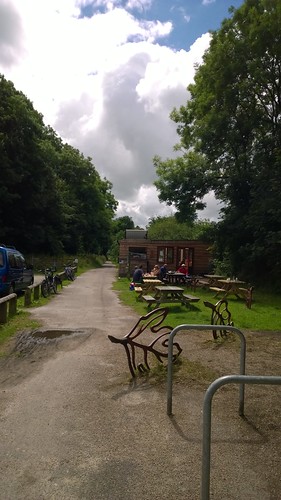 One huge doorstop sandwich later, and a scone and jam wrapped in tin foil I took away for later I was off again. The hill from the Camel Trail to St. Breward is steep, long, and slow, but once you get to the top and onto Bodmin moor the views are really worth it. 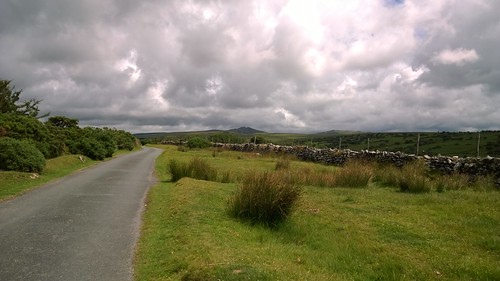 The will across the moor was strong and I was glad for most of the way I was not cycling into it. On the short section I turned west by Davidstow airfield my speed halved and the effort needed doubled! I almost felt sorry for the guys riding the sportive going the other way!

After dropping down off the moor there’s two options for the route, you can follow the trail out to the cost and down the up a 33% hill but some amazing views, or inland along a shorter, less hilly, and equally nice but in a different way route. I went inland. Stopping at the crossroads where the routes split to eat my scone and drink the last of my coffee from the flask. 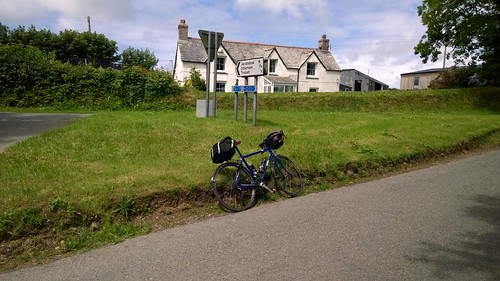 A quick pee behind a hedge and I was off again. From here the route does a few ups and downs, then a long downhill ride all the way to Bude, where I stayed at the Northshore Backpackers hostel. Really lovely place, helped by having a whole dorm to myself. Rather than eating out I popped down to the local Spar, got some fresh pasta and sauce and settled myself in front of the telly to watch the World Cup. All in all a really good day.